All children deserve a wild childhood

Spring at Rutland Water is a magical few months. The remains of the winter ducks, swans and grebes still hang out on the lagoons, whilst in other areas of the reserve, new species begin to appear, migrating from their southerly winter grounds. Sand martin whizz over the heads of striking smew, the first ospreys fish alongside black-necked or Slavonian grebes, and in the woods, the first hint of the dawn chorus can be heard, whilst brambling still rummage in the leaf litter. The meeting of winter and summer is both beautiful and rewarding, with the chance to enjoy migrants from the north and south simultaneously.

As the season progresses, the birdsong will hot up. A wander through the woods might bring you close to drumming woodpeckers, singing thrushes and fiery wrens. Warblers, like chiffchaff and willow warbler will start to trickle in – and you know when you hear that first “chiff-chaff-chiff-chaff” of the year, that warmer days really are on the way. This is also the best time to be enchanted by the intricate dancing of the great crested grebe. As they pair up, they will sway together, shaking their heads, paddling their feet, and even pass weed between them as gifts. Later in the season, look for their little chicks, like humbugs, swimming frantically behind their mum – or even hitching a ride on her back!

The return of the hirundines is another great marker for spring: sand martins, house martins and swallows will begin to show up in March and April, diving over the lagoons and picking bugs off the surface. The first hobbies will appear in April, too, patrolling over the lagoons. Listen for the alarm calls of the hirundines as they spot a hobby speeding past! If you’re lucky, you might see a great white egret stalking along the edge of the water, and the squawking, shrieking terns will return in April. Occasional waders like green sandpiper, spotted redshank, godwits or wood sandpipers – or something rarer! – will start to be spotted, too. The reedbeds will begin to burst into life, with little snippets of song from reed warblers and sedge warblers starting up here and there. As spring really gets going, they’ll go for louder and longer.

Don’t forget to enjoy the woodlands and meadows at this time, too. Snowdrops and bluebells are beautiful in the woods around Rutland, and you can enjoy the dawn chorus whilst tiptoeing carefully among them.

The longer days of May are a favourite month for any wildlife enthusiast. The warm weather, the balmy evenings and vibrant, song-filled mornings are the epitome of nature. You might hear nightingales singing in the dense gorse or catch the plaintive cry of the cuckoo, calling out his name. the terns will fiercely defend their territory from waders that stray too close, and, in Manton Bay, with any luck the ospreys will have hatched this years’ chicks. Look out for the rarer black tern, too, which sometimes turn up in flocks to feed on the lagoons. Waders will be around in good numbers, pecking in the mud, so look for tiny black-bellied dunlin, brightly coloured turnstone, or stately godwits. A star duck to spot at this time is the garganey – a beautiful and intricately marked bird, and a favourite species of many birdwatchers. 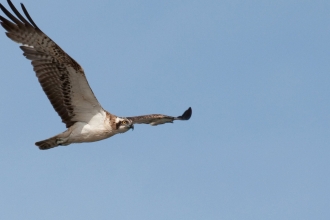 A seasonal guide to summer wildlife at Rutland Water 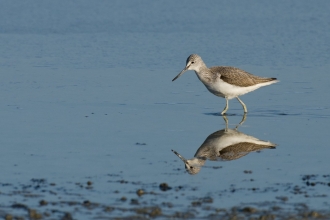 A seasonal guide to autumn wildlife at Rutland Water 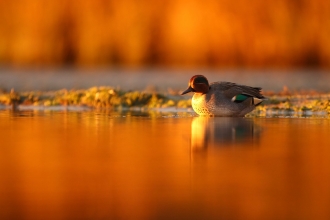 A seasonal guide to winter wildlife at Rutland Water