Conservation Officer Andy Lear shares with us a brief history of Tilton Cuttings Nature Reserve and the best time of year you should visit.

I have been managing Tilton Railway Cutting Nature Reserve for several years and it is one of my favourite places to be. It is a beautiful, quiet spot within Leicestershire and there is always something new waiting to be discovered!

My favourite time to visit Tilton Cutting is in spring when the reserve is alive with emerging wildlife such as muntjac and roe deer and birds including red kite, buzzard, and ravens. Wildflowers grow along the former railway trackbed and ferns cling to the steep cliffs.

However, it is the wildlife from over 180 million years ago that makes this a truly special place. Walking through the reserve, you travel back to a Jurassic world of sea creatures alive during the age of the dinosaurs! 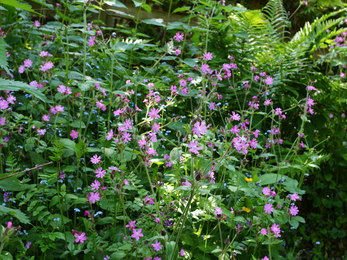 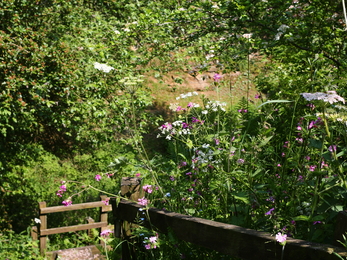 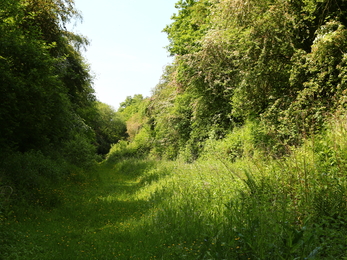 Tilton Cutting is near Tilton-on-the Hill in Leicestershire and is a Geological Site of Special Scientific Interest (SSSI); it was once part of the railway from Melton Mowbray to Market Harborough. When the rail line was excavated in the 1870s large numbers of fossils were exposed in the sediments, which is believed to have been there since the Lower Jurassic period. During that period, Tilton Cutting would have been covered by warm tropical seas and the sediments contain numerous fossilised marine species including gastropods, brachiopods, belemnites, and ammonites.

The oldest rocks can be found opposite the bottom of the steps near the entrance. Here a characteristic species of ammonite called Amaltheus has been found. Ammonites are now extinct but are related to current-day cephalopods such as octopus and squid.

More recently, Tilton Cutting featured in the opening scenes of David Attenborough's documentary 'A Life on Our Planet'. The reserve was one of the many places that inspired Attenborough to fall in love with the natural world; when he was a young boy, he would often visit Tilton Cutting to go fossil hunting.

Further southwards of the reserve, the cutting slopes up and the rock beds dip down to reveal progressively younger rocks. About halfway along the top, a band of rocks called the 'Marlstone Rock Formation' can be seen. This contains a distinctive collection of marine fossils including the ammonite Tiltoniceras Acutum, which was named after Tilton because it was first discovered here! The uppermost layer to be seen in the cutting is the 'Whitby Mudstone Formation'; this thick band of clay and shale contains an abundance of ammonites, which are miraculously preserved in 3-D.

However, the geological action at Tilton Cutting is not all in the past. In recent years, several landslips have occurred at the reserve, bringing down trees and bushes. Landslips happen when the land's clay becomes waterlogged and unstable following long periods of heavy rain. Heavy rain often results in flooding during winter, as water drains off the adjacent Colborough Hill, it turns Tilton Cutting back into the underwater world it once was. 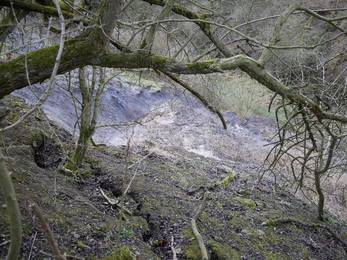 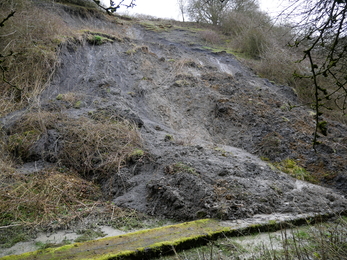 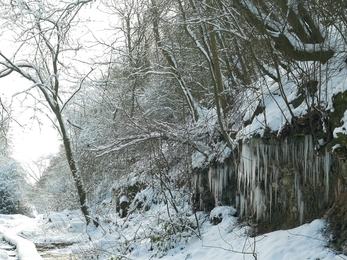 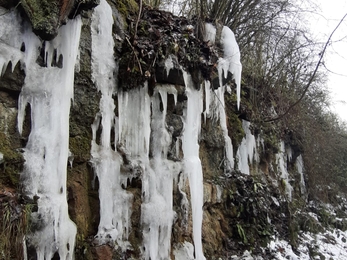 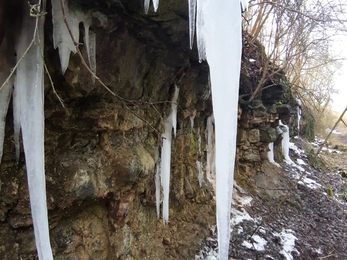 The best time to visit Tilton is in the spring and summer when you can best appreciate the tranquillity of the natural environment. Whilst walking beneath the shady vegetation and fern-covered cliffs, you can imagine you are walking within the Jurrasic period.

If you wish to go fossil hunting look for them amongst the fallen rocks and spoil or in situ in the outcrops, please be aware that hammering of the stone and cliff faces is not permitted. It is also recommended that a hard hat is worn when approaching the cliff faces because of the risk of falling rocks.

Find out more about visiting the reserve here.

Reserves Officer Paul Trevor gives us a week in the life, working in conservation at Rutland Water Nature Reserve.

It’s a TRO life for us

Find out what Trainee Reserve Officers Emily and Anna have been up to on their first months at Rutland Water Nature Reserve.

The Dasgupta Review: it's time to invest in nature

Today, we welcome the publication of the Dasgupta Review, an independent review on the economics of biodiversity. But what does it tell…