The Manton Bay osprey chicks are now around eight weeks old. Last week we reported that 080 had fledged and taken his very first flight, but have any of the other chicks fledged? Keep reading to find out more...

The four Manton Bay chicks are now around eight weeks old and last week we reported that the eldest chick, 080, fledged and flew for the first time on Friday 26th June. It wasn’t long before the second of the four chicks fledged. 082 fledged early Monday morning (29th June) at 06:15! 081 must have thought that flying looks like fun because he also took the leap of faith on Wednesday afternoon (1st July) at 16:04! Both 082 and 081 decided to play relatively safe and flew straight to the perch above the camera!

Here is the moment 082 fledged!

Here is the moment that 081 took his first flight!

Over the past week all three chicks are becoming more confident on the wing and over the past couple of days are flying further afield, heading towards the north arm of the reservoir. Over the course of the next couple of months the juveniles – we’ll start to use this term instead of chicks now that they have fledged – will need to build up their strength in their wing muscles, in preparation for their first migration. The juveniles will remain in the vicinity of the nest as they still are dependent on their dad, 33(11), for fish. Osprey juveniles don’t fish for themselves until they have started their migration south!

083 is yet to fledge though he has been impressing us and helicoptering, showing us that he is very nearly ready to fledge. He is a week behind 080, so we will need to wait a little bit longer for him to fledge.

Here is a selection of photos of the Manton Bay nest that some of our lovely visitors have sent in. 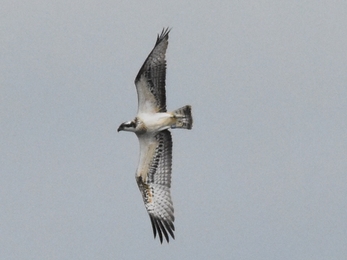 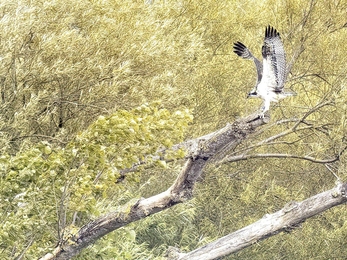 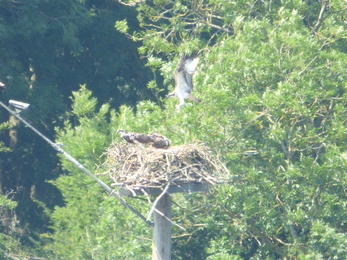 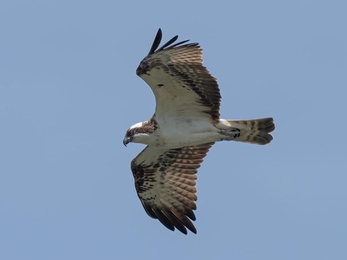 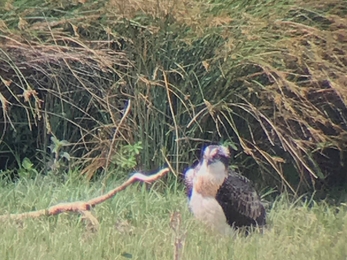 The Osprey Education Team are continuing to put more exciting resources on the website, all free to use and download, for the whole family to get stuck in with. This week learn all about the importance of feathers! Follow the link for more information.

After visiting our Visitor Centre at Lyndon, Tony Owen was inspired to write a poem about the magnificent Osprey.

A Leap of Faith

Today marked a very exciting day for the Rutland Osprey Project, as our 3 growing chicks at Manton Bay were ready to be fitted with…