It's very nearly time for the first chick to hatch. Read more on what's being going on at Manton Bay this past week.

It has now been 36 days since Maya laid the first egg on 29th March, and I don’t know about you, but I am glued to my computer screen at the minute, waiting for a sign that the first chick is about to pip its way out of its eggshell. Hopefully by the end of the week we will have our first chick of the season! And I imagine, the first chick to hatch in the UK.

As we have watched over the past few weeks, Maya and 33(11) have been very attentive; keeping busy with switching over of incubation duties, and for 33 in particular, with fishing. Out of all the species of birds in the world, Ospreys are the only ones to solely eat fish and are true piscivores. 33 has been showing off his fishing skills and is regularly bringing fish of all different sizes and species back to the nest, including some very large Trout and some decent-sized Roach! Before 33 returns to the nest with his well-earned prize, he has his fill, which is normally the head of the fish – the most nutritious part. Once the chicks have hatched, this will change. Instead of taking his fill first, 33 will bring the whole fish back to the nest, head included.

By watching the behaviour of Maya and 33 on the webcam, we are able to deduce some clues as to what is going on around Manton Bay. The other week we shared a film clip on our social media pages of Maya and 33 reacting to an intruding Osprey, which surprisingly we actually caught on camera (though we didn’t catch who it was). But with there being nearly 20 other birds in the area, as well as other species such as Red Kites, Buzzards and Great-Black Backed Gulls, there are bound to be more visits and activity over the Bay. One of the key clues to watch out for is Maya and 33 hunching over in the nest and spreading out their wings slightly – a behaviour which we call mantling. Another indication is a perpetual calling from Maya and/or 33, as they will persistently ‘shout’ warnings at the intruder.

Despite things being a bit strange this season, being able to watch the Manton Bay pair, albeit through a screen, has never failed to bring a smile to my face, and I hope it does for you too.

As schools are still shut, we are continuing to upload lots of fun and interesting activities online, for all the family to enjoy from home. This week enjoy learning all about moths and how we can find out which species are found close to our homes. For more information, please visit the World Osprey Week page. 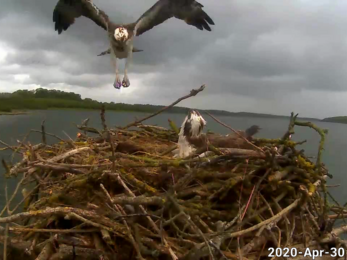 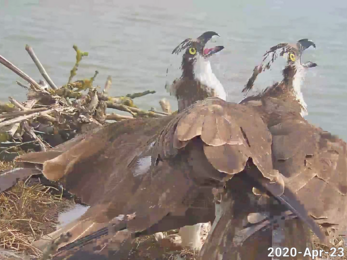 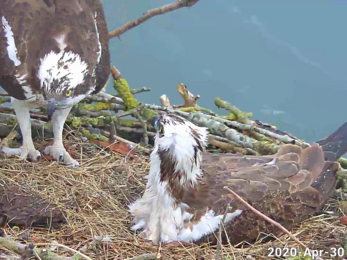 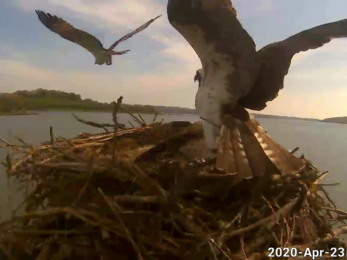 Find out the latest news from the Manton Bay nest...

The last two months that Maya and 33(11) have been back have flown by! Read on for the latest...

An Osprey Ambassador Under Lockdown

One of our Osprey Ambassadors Harriet, has shared with us some of the brilliant things she has been getting up to, to stay connected to…