It’s that time of year again…

Osprey Information Officer 2020
As we look forward to the start of the 2020 Osprey season, we reflect on the record breaking year we had in 2019!

It is nearly that time of year again when we are looking out for the first ospreys to return to Rutland ready for the upcoming breeding season. Last year Maya, the current breeding female at Manton Bay arrived back on March 14th whilst her partner of the past four years 33(11) returned just a few days later on March 23rd. So, the question we are all asking is when will they return this year?

2019 was a record-breaking season for the Rutland Osprey Project, with a whopping 23 osprey chicks fledging from 10 nests – an extra two nests from the previous year – and most notably for the project, 2019 saw the 150th chick fledge from Rutland since the project began 23 years ago! From the Manton Bay side Maya and 33(11) successfully raised four chicks to the fledging stage, a first for the project since it is uncommon for ospreys to have more than three chicks!

Throughout the season last year, the Osprey Project’s dedicated Education Team held 44 separate events engaging over 3000 children between the ages of 4 and 16 with ospreys and nature. The Team also visited 19 schools and welcomed 25 school or youth groups to Lyndon Nature Reserve to visit the Osprey Project. 2019 marked an exciting development for the Osprey Education Team with the opening of TEAL hide (The Education and Learning Hide), which will serve as an outdoor classroom for visiting school groups and be used for our Reserve Expert Summer Schools.

Over the winter months we were able to locate two of our ospreys, S1(15) and 4K(13) thanks to GPS trackers, which were both fitted in 2018. S1 has been holding a territory in Guinea Bissau and 4K is staying just off the coast of Guinea. Female 30(05), as many of you will be aware, also had a satellite transmitter, which was fitted back in 2013. Unfortunately, satellite transmitters have a limited lifespan, which meant we were not able to track 30’s migration south to her usual haunt on the beaches of Senegal, but we look forward to welcoming her back in the next few weeks.

One of the most important developments that have occurred during the winter months, is that our 150th chick 056, who fledged from Manton Bay, was spotted by Dembo Jatta, one of the rising stars being supported by the Osprey Leadership Foundation, in the Kartong area of Gambia! One of our volunteers Chris Wood has been in Gambia on the search for 056 and has managed to capture some brilliant photos of him at Gunjur Quarry! This is incredibly exciting news and hopefully 056 will return to Rutland in a few years. 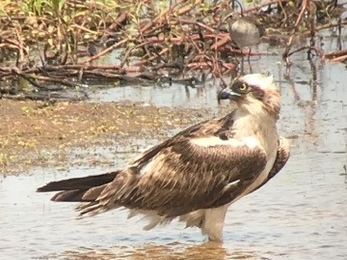 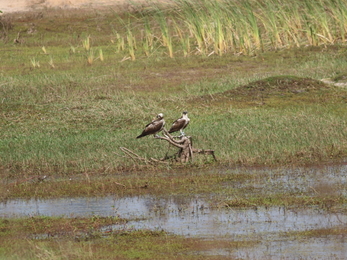 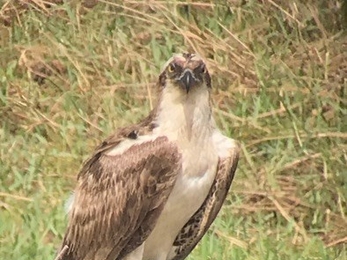 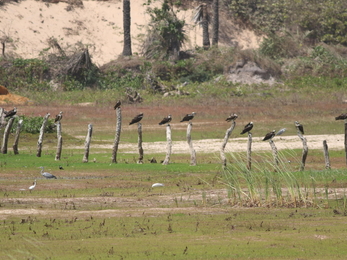 Having summarised the happenings of the 2019 season, what can we expect from 2020? Hopefully, the upcoming season will build on the success of last year’s with more pairs nesting and more chicks hatched. Our Education Team will continue to encourage even more children to get involved, not only with ospreys but with the other fantastic wildlife that can be seen at Rutland Water Nature Reserve. We are also in the process of planning more exciting events and of course we will still be leading Osprey Cruises on the Rutland Belle!

We are really excited about the 2020 season and cannot wait for the ospreys to return! Keep an eye out for any updates on our website and of course through our Facebook and Twitter pages.

Intruders in the Bay

With 26 Ospreys in the vicinity, they are bound to come across one another and over the past few months we have regularly seen other…

Our Osprey Cruises are back up and running from 29th May! Visit the events page on our website to book your tickets.