Dip into the world of dabbling ducks

Winter is a wonderful time to see wildlife, particularly for fans of our feathered friends. As the cold grip of the Arctic winter takes hold on the lakes, pools and marshes of Northern Europe and Russia, huge numbers of swans, ducks and geese retreat to the relative warmth of the UK. Our lakes, rivers, reservoirs and coasts are a winter home for an estimated 2.1 million ducks!

Ducks can be split into two broad groups: dabblers and divers. As the name suggests, diving ducks feed mainly by diving underwater, using their strong feet (and sometimes their wings) to swim. Dabbling ducks, however, feed predominantly at the surface, sometimes even grazing on land. Many dabblers can often be seen upending, with their heads underwater and their bums in the air.

We’ve pulled together an introduction to the dabbling ducks you’re most likely to see this winter, with a quick guide on how to recognise both males and females. So why not wrap up warm, head to your nearest water body and search for some spinning shovelers, whistling wigeon or pristine pintails.

Top tip: a useful way of identifying ducks (especially females) is to look at the speculum – this is a coloured patch on the secondary flight feathers, which are the feathers at the trailing edge of the wing, close to the body. The speculum is often a distinctive colour and can easily be seen in flight, and often seen on swimming or standing birds.

Where to see dabbling ducks in Leicestershire and Rutland 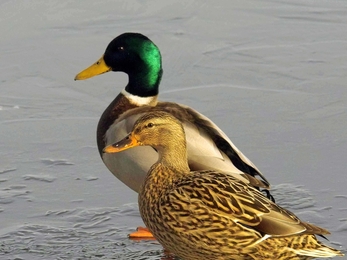 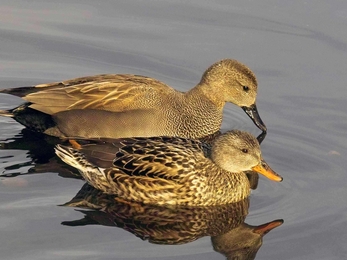 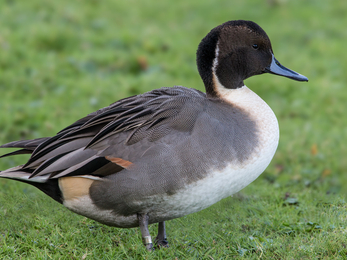 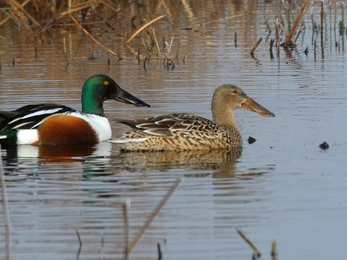 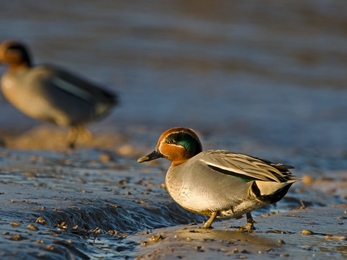 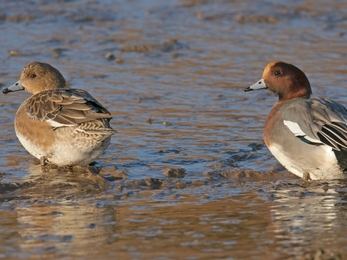