Winter Birds in the UK

Winter Birds in the UK

Reserves Officer Andy Neilson gives an in-depth overview of all the wintering birds that migrate to the UK including where you can find them.

We are all familiar with the concept that birds migrate. It’s a major advantage of having wings that birds can cover great distances throughout a year to take advantage of better conditions elsewhere. In the UK, some of our most well-known species are our summer visitors.

Species such as swallows, cuckoos, and nightingales are embedded in British culture and are synonymous with summertime across the UK and the less well known are our winter visitors. Whilst our summer visitors tend to come from southern Europe or Africa, we must look east for the origin of our winter arrivals.

Scandinavia and Russia are lands of plenty in the summer months; lots of food, mild climate, relatively few predators, vast areas of wilderness in which to live and rear young, it’s great! However, these regions can experience large periods of snowfall and sub-zero temperatures during winter and can become extremely inhospitable. Waterbodies freeze over, insect populations die off and seeds are buried under snowfall. Most bird species living here must migrate somewhere else for the winter in order to survive, and that’s where the UK comes in.

Due to the Gulf Stream, the UK experiences a much milder winter climate than other countries of the same latitude, so we act as a magnet for birds from continental Europe. 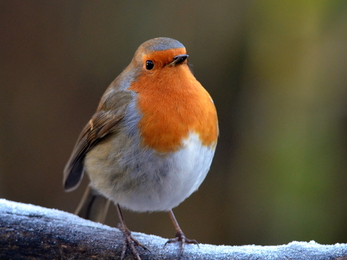 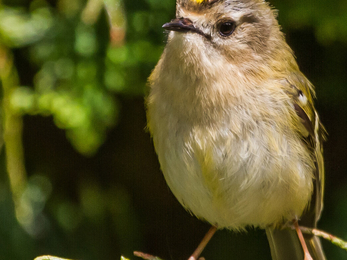 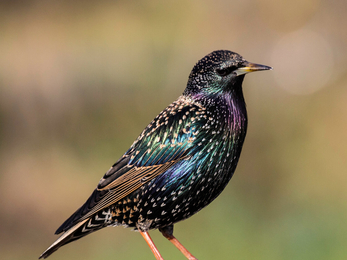 Some of our most numerous winter visitors are birds that you might not even realise migrate. Our resident robins, goldcrests, blackbirds, starlings, and thrushes are joined by many thousands of continental birds during winter (ever wondered why you see more blackbirds in your garden during winter?) Most of these birds look no different from our resident birds, but “continental” blackbirds can be easy to spot. Lookout for males with a black bill, rather than the conventional orange; this is a sure sign that you are looking at a visitor from the east!

Aside from the “regular” species that we get more of during the winter, there are several species of birds that simply come here for the winter to visit and do not breed in the UK. Perhaps the most famous are the large flocks of geese and swans that spend the winter here. The Cambridgeshire fens are the preferred destination for thousands of whooper and Bewick's swans, massive flocks of barnacle and pink-footed geese grace the northern areas of the UK, and the east and south coasts enjoy big flocks of brent and white-fronted geese too.

In Leicestershire and Rutland, we don’t get the big flocks of geese and swans found elsewhere, but our reserve at Rutland Water is an internationally important wintering ground for thousands of wildfowl. Rutland holds between 2-5% of the total European population of gadwall and shoveler; incredible really for a man-made lake in the middle of England! Other species present in large numbers, such as coot, wigeon, teal, pintail, tufted duck, mute swan, mallard, pochard, great crested grebe, and goosander make for a true wildlife spectacle on our doorstep during the winter months. Rarer species such as scaup, smew, great northern diver, Slavonian grebe, red-necked grebe, and black-necked grebe can also usually be found in small numbers.  Wildfowl counts at the reserve regularly top 20,000 individual birds, which gives an idea of the importance of this site for wintering wildfowl.

In your gardens, keep an eye out for unusual visitors especially during cold snaps! A whole range of unusual species can be found, quite literally, on your doorstep.

Aside from the more usual members of the thrush family, two species migrate from continental Europe to spend the winter here. Fieldfares and Redwings migrate here in huge numbers, mainly feeding on the glut of berries in our hedgerows. During cold weather, however, they can be tempted into gardens – a few apples cut in half and placed on your lawn will often be very well received. You may see different species coming to your feeders too. Bramblings, siskins, and redpoll are all seed-eaters, and will often find bird tables to their liking. Bramblings and Siskins superficially look quite similar to Chaffinches and Greenfinches, and will often mix in with flocks of the latter, so keep an eye out for birds that look a bit different to your usual garden visitors.

In Leicestershire and Rutland, the three “most wanted” wintering species are probably the Bittern, Short-eared Owl, and Waxwings.

Bitterns and short-eared owls do breed in the UK, but not in Leicestershire and Rutland, whereas waxwings are strictly winter visitors only, migrating in variable numbers each year in response to the berry crop on the continent. Bitterns favour areas of extensive reedbed, using their cryptic plumage to hunt fish, amphibians, and small mammals within reedbeds, and a few normally winter in Leicestershire and Rutland. Incredibly difficult to spot, the best places are wetland sites with extensive reedbeds. Lagoon 3 at Rutland Water and Watermead Country Park are probably the best two sites for this enigmatic Heron species.

Short-eared owls are a bird of open moorland and rough grassland. Similar to waxwings, varying numbers migrate to the UK every winter, dependent upon vole abundance and temperatures on the continent. This diurnal owl species is a favourite amongst bird watchers, due to its endearing habit of hunting openly during daylight hours. Our Cossington Meadows nature reserve is a well-known haunt of short-eared owls, but any significant areas of rough grassland can attract this species.

Waxwings are one of our most beautiful and exotic winter visitors; with their punk-style haircuts, black facemasks, and beautiful wax-like blobs of red and yellow on the tips of their wing feathers, they truly look like nothing else found in the UK. Waxwings have the strange distinction of being much easier to find in urban areas than out in the countryside or on nature reserves. This is due to their feeding habits. Waxwings feed almost exclusively on berries during the winter and find the berries produced by rowan trees particularly to their liking. Rowans are a favoured choice of developers when designing housing estates, shopping centres, and car parks. This has meant nearly all waxwing sightings in Leicestershire come from urban areas.

How can you help winter birds?

Providing food in your garden is extremely beneficial for wildlife all-year-round, but in winter it can be particularly useful as food gets increasingly difficult to come by. Try and give the birds as many options as possible, as different species eat different food items. A mixture of seeds, peanuts, apples, and fat blocks will cover most bird’s requirements. By planting fruiting trees such as rowans and holly, you can also provide food for wintering thrushes and possibly even waxwings
One thing that is often forgotten about is the provision of water for drinking and bathing. Even in cold weather, birds still need to bathe to keep their feathers in top condition, and during cold snaps areas of open water can be difficult to find. So keeping a birdbath, or even a spare bowl of water topped up in your garden can be a real help to our wintering birds.

Why not become a member of LRWT? By joining us, you would be contributing to the upkeep of our nature reserves, which act as core wildlife areas during winter, providing a feeding habitat and shelter for thousands of birds and other wildlife across our 35 sites.

What a waste! How invertebrates help to tidy up.

In the fifth of a series of Action for Insects blogs, Leicestershire and Rutland Wildlife Trust volunteer and amateur entomologist Kate…

Get the drop on COP

COP26 is now upon us, having been delayed from 2020 due to the Covid-19 pandemic. You may have heard it referenced in the news or even…

The Autumn tidy up. A never-ending task for the cattle and sheep of Rutland Water Nature Reserve!