Our star osprey pair Maya and 33(11) from the Manton Bay nest have returned and have been busy preparing the nest ready for the exciting season ahead. But they weren't the first to return.

At the beginning of March, I think most of our heads were starting to look to the skies for any sign of returning spring visitors, predominantly for us at the Rutland Osprey Project, the osprey. As soon as our brand-new webcam went live it was hard to resist checking it to see whether the resident pair, Maya or 33(11), were there. The number of times, me and other team members had to do a double take when we saw there was a bird on the nest, brought much anticipation. Alas, most of the time visitors to the nest were either cormorants or a pair of Egyptian geese – though slightly pesky at times for the ospreys, they are still arguably striking looking birds.

We were all wondering when and who would be the first osprey to return this year. Last year it was another one of our breeding females from an offsite nest 25(10), which was soon followed by our star pair Maya and 33(11) a day later on the 16th March. Would it be 25(10) that is first to return again this year, or would Maya and 33(11) beat her to it?

Last Wednesday (16th March) afternoon I received that long-awaited phone call to say our first osprey has returned! Just like last year, the osprey in question was none other than 25(10), which had arrived back to her nest on private land mid-afternoon. It was a moment of joy and celebration for us, and a relief that she has once again had a successful migration, from wherever she spends the autumn and winter. 25(10) has dropped into the Manton Bay nest the past couple of years and this year was no different. The next day she paid a visit to an empty Manton Bay nest and spent around ten minutes looking around.

By the end of last week, we were all very keenly watching the webcam for the return of Maya or 33(11), but little did we expect them to perform the stunt of returning on the same day, for the second year in a row! 33(11) put in his appearance first last Friday afternoon at about 12:29pm and it was barely 25 minutes later Maya turned up, which is absolutely incredible timing, bearing in mind they won’t have migrated together. How they did this we will never know, but the main thing is they are back, safe and sound, and are already busy, preparing the nest for the season ahead.

It is almost like they never left, and 33(11) has been catching plenty of fish for the two of them and they have both been adding new nesting materials ready for the first egg to be laid, which could be in around a week.

I highly recommend turning the volume up as loud as possible for these highlights...

Under the current Covid-19 restrictions, Rutland Water Nature Reserve, including the Lyndon Visitor Centre and Nature Reserve and the Anglian Water Birdwatching Centre will remain closed until after the Easter Break. We appreciate this is disappointing but hope you understand our need to comply with government guidelines.

We are aiming to reopen for visitors and welcome everyone back to this special place on April 12th.

In the meantime, those interested in the local wildlife can view our wonderful ospreys online via our new webcam by following the link below. 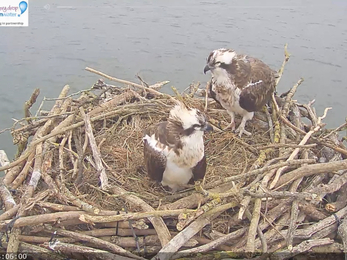 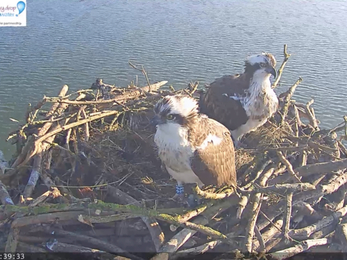 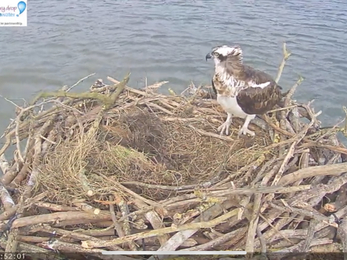 The Osprey - Threats and Sightings

In this blog, I touch upon the threats Ospreys still face today, as well as why it is still important to report sightings to necessary…

With the Osprey season drawing on a close, we take some time to reflect on how brilliant the past few months have been.